AS IF CAROLYN NEVER WENT AWAY: 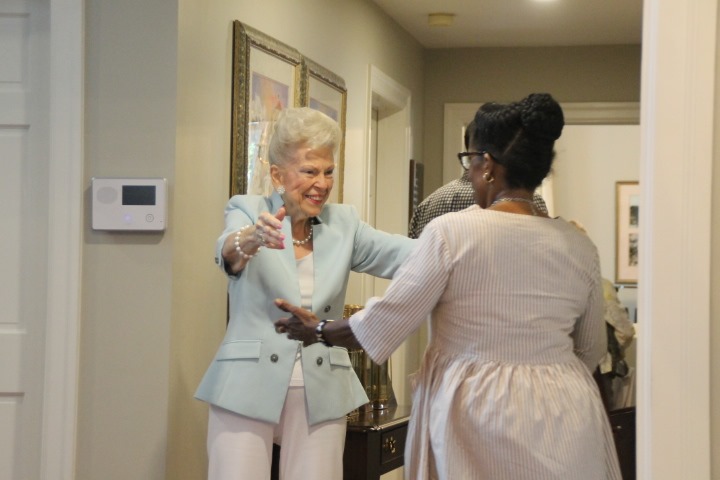 The late summer Keep Macon-Bibb Beautiful board of directors meeting took on additional significance with the return of Carolyn Crayton. The KMBB and Cherry Blossom Festival founder welcomed members to the August get-together following a severe hip breakage after a fall in Atlanta on the eve of her late June birthday. The KMBB board was thanked by Mrs. Crayton for their prayers and contributing evening meals to her home by President & CEO Pam Carswell and various board members during her convalesce. The speedy recovery did allow Carolyn time to catch up on a lot of newspaper articles about the battle against litter. One such clipping concerning Georgia Power revealed the firms sponsored river and stream cleanup efforts has resulted the removal of two million pounds of trash from Georgia water ways since 2003.

Keep Macon-Bibb Beautiful Commission President & CEO Carswell reported during the August KMBB board meeting that a recent survey by KMBB indicated the battle against litter is being won by South Macon-Bibb. According to criteria used in the audit process, Southside won out over all other sectors this year. Overall, she says, “local beautification efforts have improved as compared to 2018”.