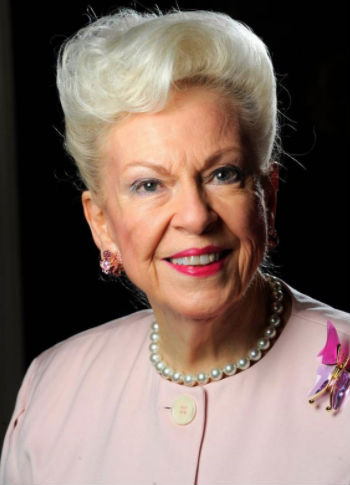 The Keep Macon-Bibb Beautiful is recognized as a model program for the nation’s first commission under the Keep America Beautiful, Inc. systems. It was created by a joint ordinance of the City of Macon and Bibb County in 1974 and is governed by an appointed Board of Commissioners.

KMBBC’s ultimate success led to the creation of the first state Keep America Beautiful system – Keep Georgia Beautiful – in 1978 and the creation of its own beautification/signature event – Macon, Georgia’s International Cherry Blossom Festival in 1983.

What started as a planting of 10,000 tulips, quickly evolved into picking up trash, tearing down old buildings, cleaning up empty lots and the planting of over 360,000 Yoshino cherry trees.

The backstory: As a member in the Federated Garden Club in Macon, Carolyn Crayton began to motivate the entire city by convincing local businesses and community members to get involved in the beautification of downtown Macon’s storefronts and parks with flowers. With the beauty of the blooms also came the blight of trash. Crayton took it upon herself to lead a campaign against littering by educating herself, reaching out to Keeping America Beautiful and rallying the community to clean up Macon. This led to Macon, Georgia becoming one of the first Keeping America Beautiful affiliates in the country. Her ability to entice community leaders and volunteers to support and fund the program are legendary. As it states in Ed Grisamore’s book The Pinkest Party on Earth, “Everywhere she looked, Carolyn Crayton saw beauty.”

Since Carolyn Crayton’s founding of the Commission in 1974, KMBBC has won over 41 national awards and 36 state awards.